Why Cheerleading is A Sport 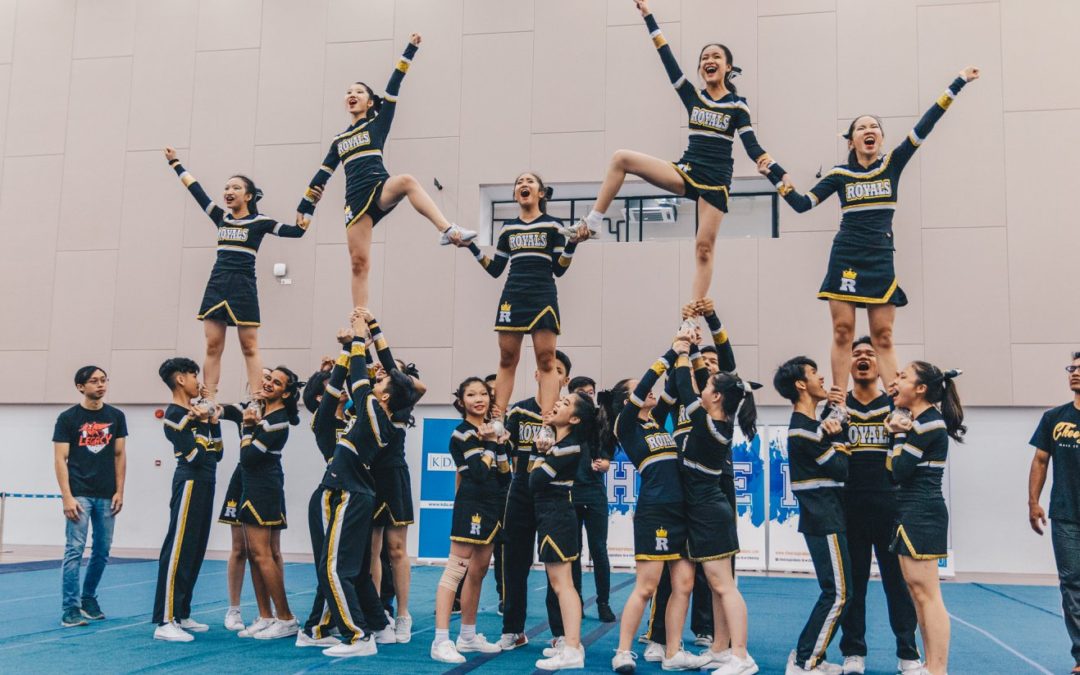 As cheerleaders, one of the most frustrating things one can hear is, “Cheerleading is not a sport”.

There and then, you think of a million arguments that you could use to defend the very sport that you love and often times, you’re left stunned when the other person insists that “cheerleading is not a sport”. Sometimes, despite your best explanation, society still has this preconception that cheerleading is not really a sport.

Why is that so? This stigma stems from a lack of knowledge of what cheerleading really is about which is then further aggravated by what media portrays cheerleading to be. Movies and TV series often paint the picture of cheerleaders as girls who are not serious about school, wear provocative uniforms and use that to gain popularity through their seductive behaviour. Ask anyone to visualise cheerleading in their mind, chances are, this is the first image that they will imagine. But the truth is, competitive cheerleaders are one of the most disciplined, hardworking and studious people and a big part of this can be attributed to the values that competitive cheerleading promotes.

Why is cheerleading a sport?

First, let’s take a look at the definition of the word ‘sport’.

A sport defined by the Oxford Dictionary is “An activity involving physical exertion and skill in which an individual or team competes against another or others for entertainment’”.

Cheerleading is an extremely physical sport which requires a tremendous amount of skill.

How is it physical or how does it require skill, you may ask?

Well, for starters, cheerleading is a contact sport as athletes are required to constantly be in contact with each other. Compared to other contact sports, the contact in cheerleading is not to ‘knock out’ the opponent but instead, bases collectively work together to put their flyers in the air.  This is one of the biggest reasons why I truly believe cheerleading is a sport because it promotes not only teamwork but also trust among your teammates. I mean, you can very well walk into practice one day and be paired with cheerleaders whom you know nothing about and you would have to stunt together. The bond and chemistry between these athletes as they figure out the dynamics of how the stunt will happen is one of the most beautiful things about cheerleading. It is literally putting your own life into the hands of others or having someone else’s life in your hands which not only demonstrates how much trust there is between teammates but also how physical it is. Here are some pictures of the stunts, tosses and pyramids that are normally performed in a routine. It is no easy feat to balance on one leg, yet pull a stretch!

Secondly, when we look at physical in terms of strenuosity, competitive cheer does not fall short. Whether you are a base, backsport or flyer, the amount of strength, control and flexibility you need in this sport is comparable with many other sports out there. Yeah, throwing or catching a ball may require you to expend a considerable amount of energy, but I would say having to catch and throw another human would not be far off. Besides that, even the other aspects in competitive cheer such as jumps, tumbling and dance not only require skill but also require the engagement of many muscles and joints of the body. Trust me, try cheerleading for a day and at the end of it, you’ll wonder how all the aches in your body come about. Hence, the misconception that cheerleading is not a sport because it isn’t ‘physical’ enough is completely false.

Here are some pictures of the dance and jump element in cheerleading which requires good coordination of the hands and legs!

“An individual or team competes against another or others for entertainment” –

The stigma that cheerleaders are not really athletes because they don’t compete in competitions really just stems from a lack of awareness. As mentioned previously, there are two types of cheerleading and often times, both types are generally thought to be the same thing. However, in competitive cheerleading, it is by every means a competitive sport. Cheerleaders from different teams practice all year long perfecting their routine and participate in countless of cheerleading competitions, regionally, nationally and even internationally. In these competitions, they are judged by a panel of professionals and will then be awarded with a score/placing. Don’t get me wrong, although it may be competitive, but the sportsmanship between different cheerleading teams is truly amicable. Even though they may be competing for the same prize, but despite that, when their opponent steps on the blue mat, they would motivate them just as if they were all from the same team. I would say, cheerleading is competitive but in a healthy form.

With that being said, I am hoping that I have managed to convince you and renew your perception towards cheerleading. However, if my words have yet to convince you, I would like to invite you to watch anyone of the many cheerleading events that are held throughout the year. Once you experience the atmosphere, energy and vibe of a cheerleading competition scene, I am certain you will look at cheerleading in a new light. Remember to stay updated with the current cheer events by liking Cheer Aspirations on Facebook at : https://www.facebook.com/cheeraspirations/!