ICU and IASF: What’s the difference? 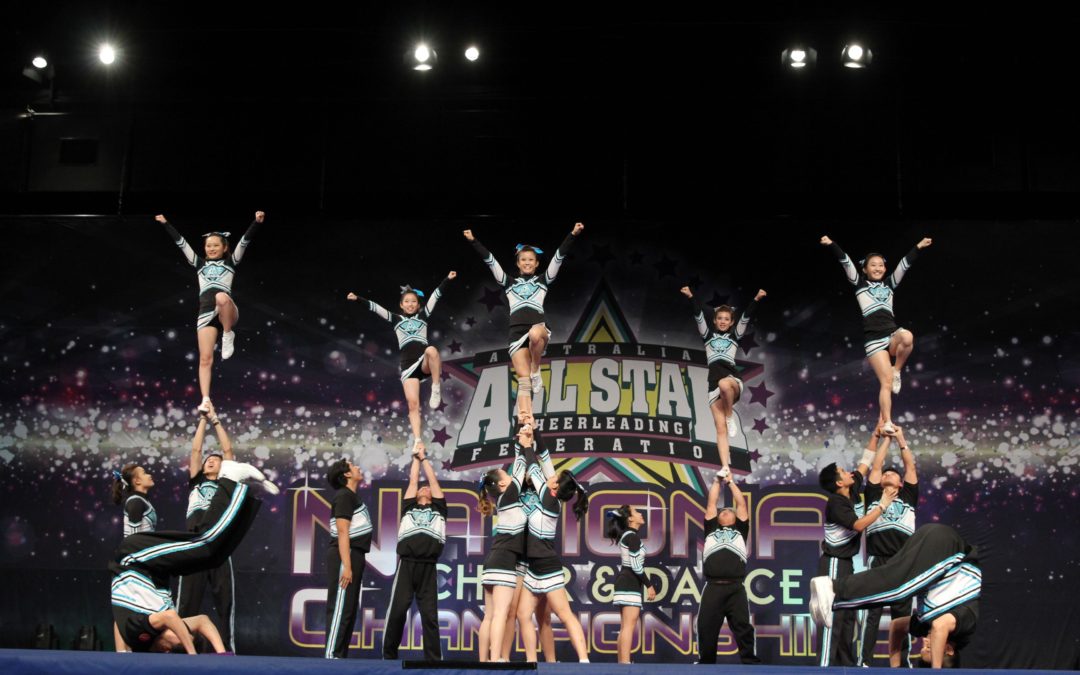 Believe it or not, there is no single universal rule for cheerleading competitions! While in general, most sets of rules are similar, there are some minor differences that cheerleaders and coaches need to know about. You may be allowed to perform that cool skill in one competition, but you will be called out for breaking the rule for another!

Prior to 2019, ICU and IASF rules were almost identical. However, starting from the 2019/2020 cheer season, the IASF has renamed the 6 level system to 7 along with some adjustment of rules. As a rule of thumb, the former level 5 in IASF is now level 6, while level 6 is now known as level 7. So you may ask, what is the new level 5? Well, the new IASF level 5 was formerly known as Level 5 Restricted in ISAF which serves as a stepping stone between levels 4 and 5 previously. This level does not exist in the ICU.

One the other hand, ICU offers Level 0 at the start of the 2018 cheer season. This level caters to young athletes to step into the cheerleading world with a lower difficulty compared to level 1. However, Level 0 is not offered in ISASF.

In the IASF rules, two legged stunts may pass through extension level, which means the flyer may go above the bases’ heads temporarily before settling at prep level or lower. This means IASF teams will not need to worry about their stunts “overshooting” the height limit while performing stunts like preps (elevators). In the ICU rules, taking stunts above the bases’ heads are not allowed.

Similar to level 1, level 2 single leg stunts may pass above extension level in ISAF. This is not allowed in the ICU rules.

In ICU Level 3, twisting stunts can be up to 1 twist to prep level only. However, in ISAF Level 3, teams can twist up to 2 legged stunts to extension level. This iconic skill was previously only legal in level 4.

Suspended rolls are one of the few unique skills allowed from Level 3 onwards. This skill involves the flyers doing a roll mid air with the help of bases bracing the flyers’ arms. Did you know that backward suspended rolls may not twist in ICU? This rule does not exist in the IASF rules.

When it comes to release moves, ICU teams are only allowed to release their flyers from below prep level to be caught at extended level. However, for IASF teams flyers can be released from prep level.

On top of that, downward inversion stunts may start at prep level and pass through extension level under both IASF and ICU rules. However in ICU, teams can only do so when performing the pancake stunt (A downward inversion stunt in which both of the top person’s legs/feet remain in the grip of a base while performing a fold over/pike forward rotation to be caught on the top person’s back.)

This is where the differences become slightly more complicated because they are a lot to list down! Firstly in Level 5 IASF, dismounts are allowed up to 3 tricks. There is no such limitation in both ICU Level 5 and IASF Level 6. This similar limitation is also found in terms of basket tosses. Take note too, although a kick double basket toss is technically considered a 3 trick toss, it is not allowed in IASF level 5 because tosses that exceed 1 twist are not allowed to have extra skills included.

Release inversions that are allowed in Level 5 IASF are non-twisting ones. However, the only legal released inversions that have twisting involved is a front handspring up to a ½ twist in ICU level 5. In IASF Level 6, there are more skills allowed that fall into this category.

One unique feature of Level 6 IASF is the ability to throw rewinds (A backward free-flipping release move from ground level used as an entrance skill into a stunt) in the routine. This skill was only allowed in ICU Level 6 previously.

The exhilarating free flipping stunts that are only reserved for the elite levels have some minor differences of what type of free flips that are allowed. In ICU, free flips are only allowed when it is initiated from the ground. On the other hand, ISAF allows free flipping while the flyer is already on prep level stunts!

So the next time you see some out-of-the-ordinary skills on Youtube or Instagram, be sure to check with your coach whether it is allowed to be incorporated into your next cheer routine! It may seem legal because it’s a competition video but remember that different competitions use different sets of rules!